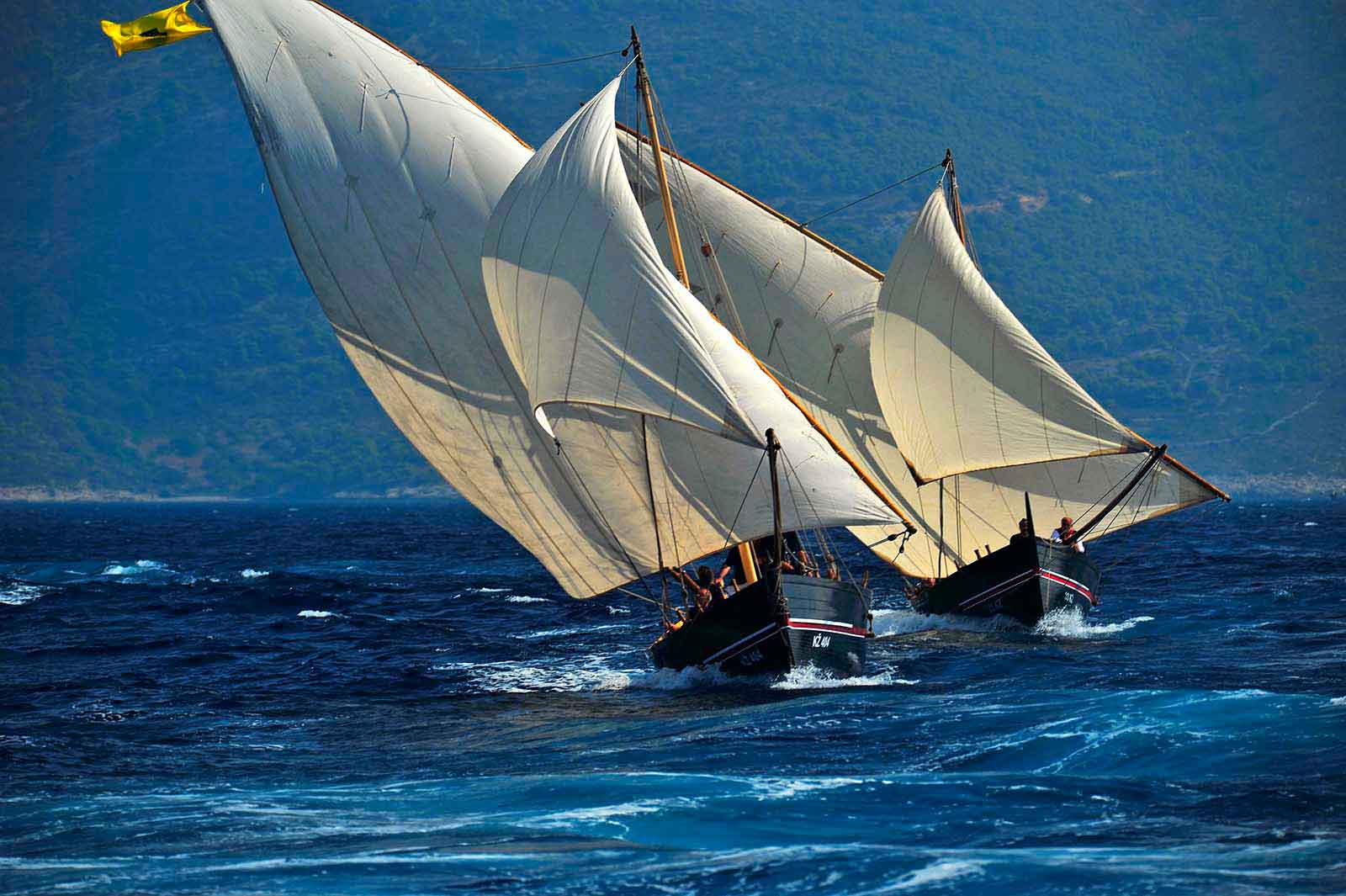 Ministry of Culture of the Republic of Croatia protected the experience of gajeta falkuša – Komiža's traditional historical fishing boat – as the national cultural good of intangible heritage.

Fishing has been traditional occupation of Komiža's men for centuries. They were known as the first fishermen of the open seas, known to pose great dangers with poor weather conditions as well as constant piracy attacks. For centuries the men and women of Komiža have lived off the sea while facing all the dangers, because they had no other choice. For such conditions of the open sea and survival fitness it required, Komiža's fishermen needed to have a small and swift boat that can also carry a lot of load. This is how falkuša was born, a unique traditional fishing boat from Komiža on the island of Vis. This boat features exceptional maritime skills and it is unique in the fact that it can transform into two types of boats – one with low sides, apt for fishing, and one with higher side boards, fit for sailing and carrying cargo. Its name falkuša is derived from the word „falka“, or mountable side boards which enabled this type of transformation. transformaciju.

Although Komiža people take great pride in the traditional fishing boat gajeta falkuša, she was almost lost to memory, at the verge of disappearance. On August 25th 1986 the last gajeta falkuša by the name of „Cicibela“ was wrecked in a large storm in the Porat Bay on the island of Biševo. Centuries-long experience, knowledge and tradition were rescued at the last moment by professor Joško Božanić, hardworking and enthusiastic Komiža's native, who set out to salvage the wreckage of the last falkuša Cicibela. Professor Božanić and his esteemed associate Velimir Salamon, a professor from the Zagreb Faculty of Mechanical Engineering and Naval Architecture have studied falkuša to the minutest detail, over the course of eleven years. This research included all aspects important for the halieutic cultural and anthropological interpretation which included language, lexicon, oral literature, fishing history, toponymy and anthroponymy, boatbuilding, the art of sailing, traditional weather forecasting, the art of fishing, gastronomy.

In 1997 the traditional boat gajeta falkuša was resurrected in the form of „Comeza-Lisboa“, the first falkuša built after many years, as part of the research project of Cultural Association Ars Halieutica from Komiža. „Comeza-Lisboa“ was built so she could take place at the world expo in Lisbon, Portugal. Her launching was a historical moment for Komiža, one in which the ancient fishing tradition, knowledge and skills were rescued and once again ingrained into the collective memory of Komiža and its people.

There are 4 gajeta falkuša boats in Komiža today: „Comeza-Lisboa“, „Mikula“, „Palagruža“ and „Molo“. The last one, Molo, meaning small one in the local dialect, is a baby falkuša which the children of Komiža use to acquire knowledge and skills of their fishermen ancestors.