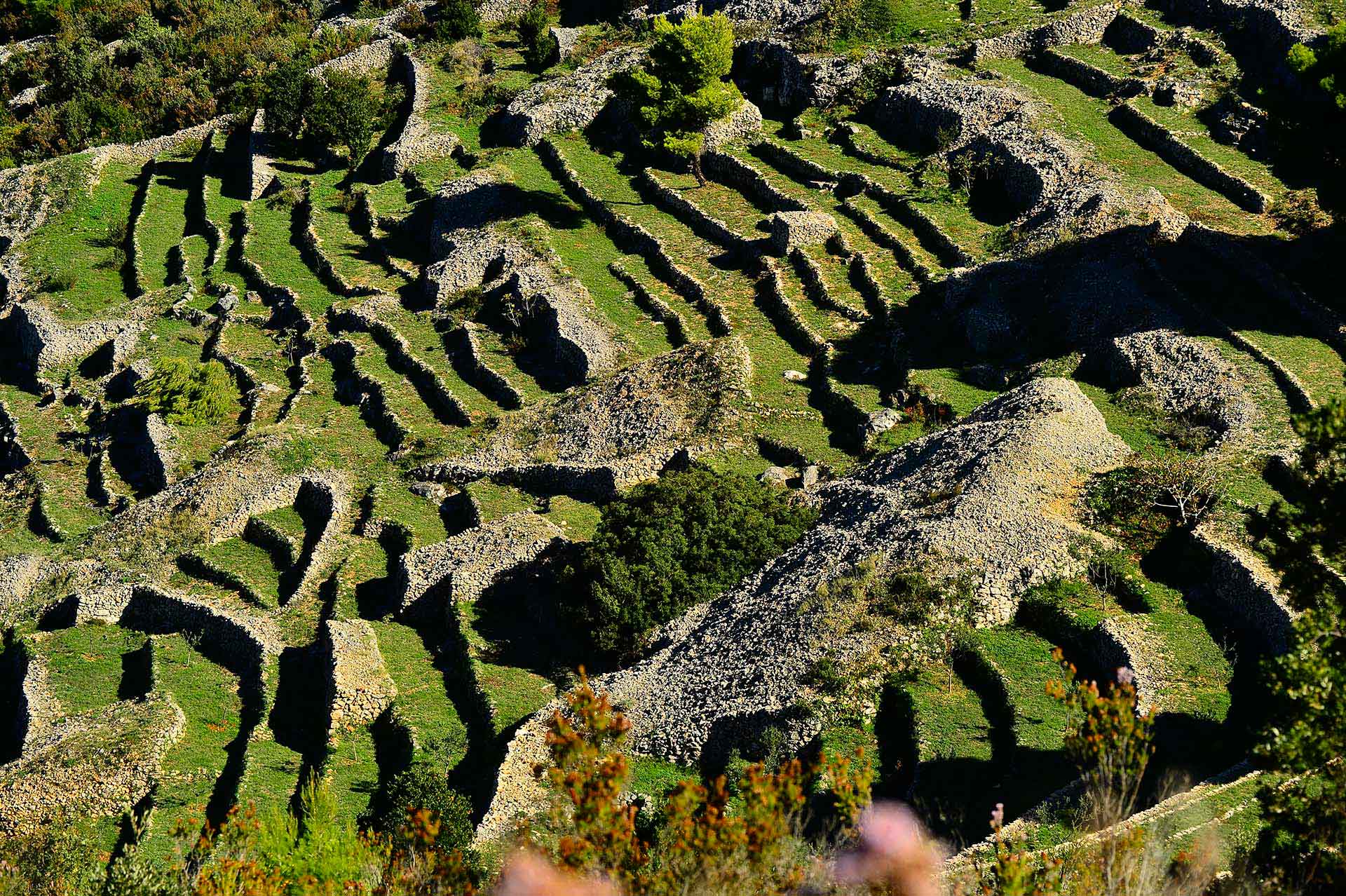 Anthropogenic landscaped of the island of Vis – Dry stone walls

Being a wine – growing island ever since Antiquity, Vis is covered with a grid of dry stone walls, densely interspersed and constructed throughout the centuries as stone heaps, stone fences or support walls for vineyard terraces on the island’s steep slopes.

The rural architecture is the visual identity of the Vis landscape, with its incredible forms resulting from the heterogeneous terrain of the island’s slopes and hills once covered with vineyard to the very top. The stone manuscript of the Vis peasants resulting from centuries-long struggle with macchia underbrush and harsh karst terrain in order to conquer each small inch of fertile soil, is a story about survival, a story about centuries of heavy toil of hundreds of generations which produced wine and who have succeeded, even under the circumstances for the plantation of vineyards, in taming of the rocky landscape and turning it into fertile terraces which covered the slopes up to the very hilltops. These scenes of stone lace woven throughout the island of Vis, Biševo and St. Andrew, today are observed as a cultural fact, a stone manuscript that one must know how to read and interpret. Many an unware visitors gazes in wonder at these wondrous forms which he believes to be some kind of natural geological phenomenon, not even suspecting how much heavy labour war worked into these walls, in the long struggle for survival. Alongside geological traces that witness the dynamics of earth through millions of years, these traces of the human hand tell their own story about a millennium-long struggle of these islanders to survive in dire conditions. Reading of the landscape and its interpretation as natural fact must also include the interpretation of these fascinating anthropogenic structures and amazing stone patterns inscribed into the island’s landscape by human hand. 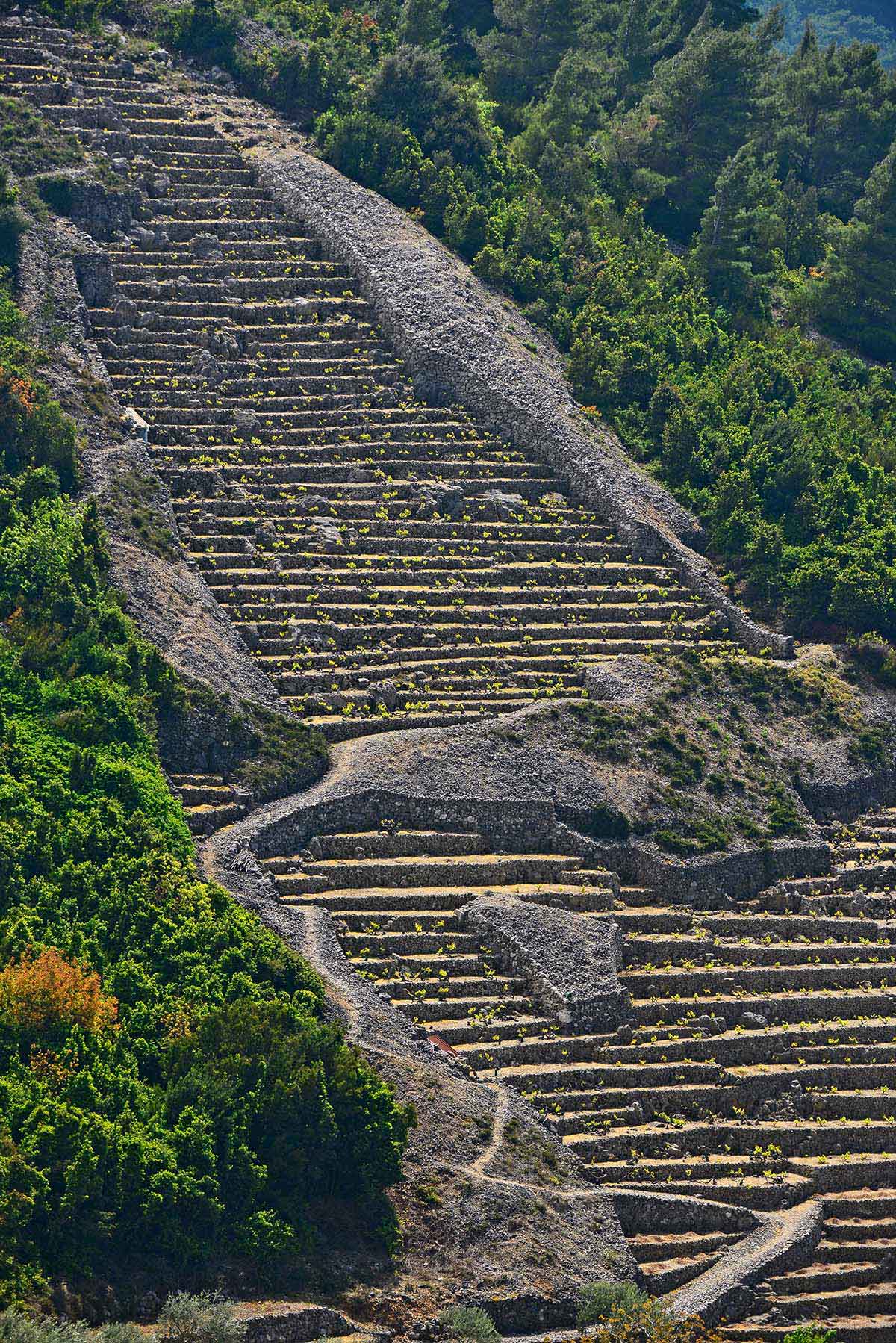 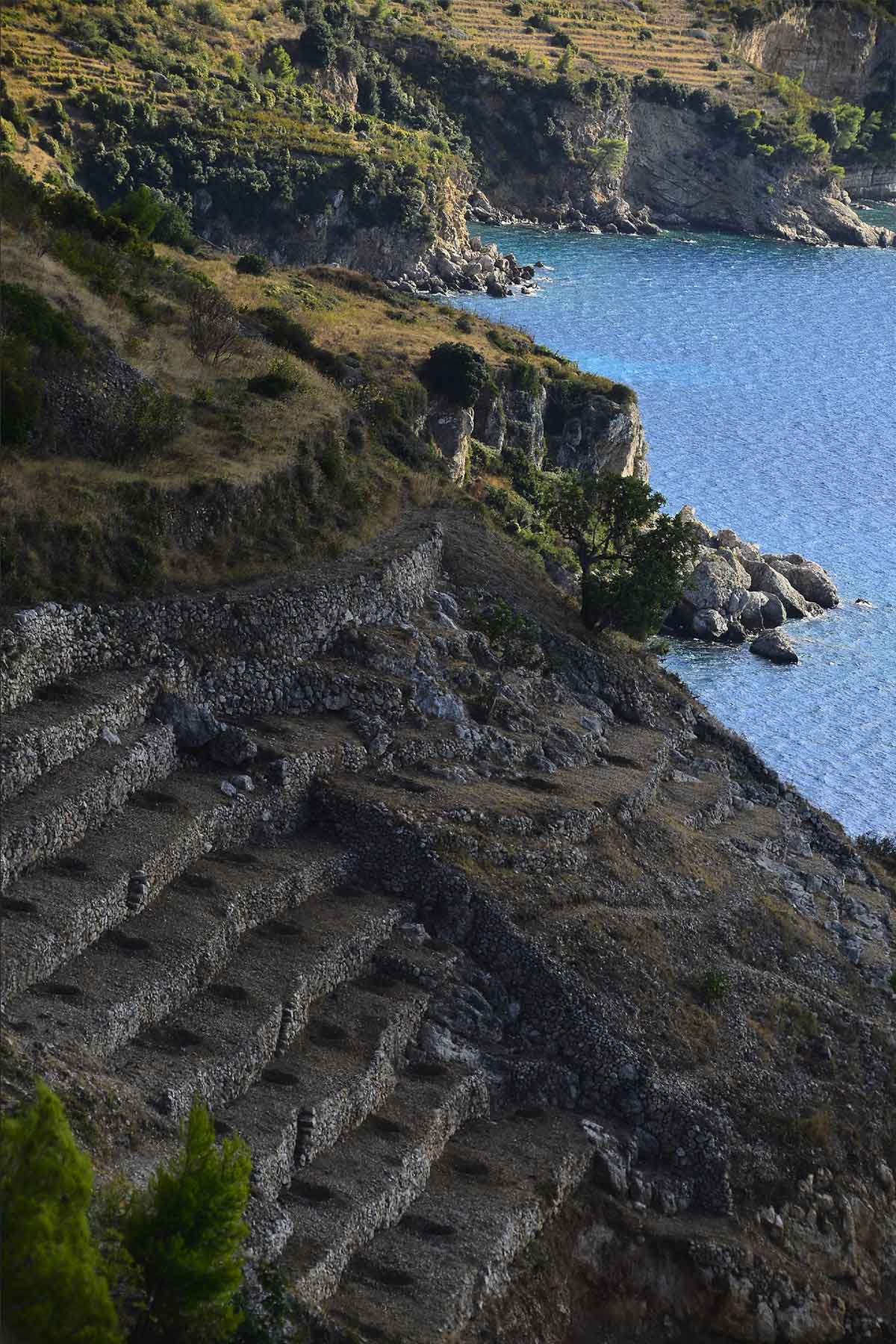