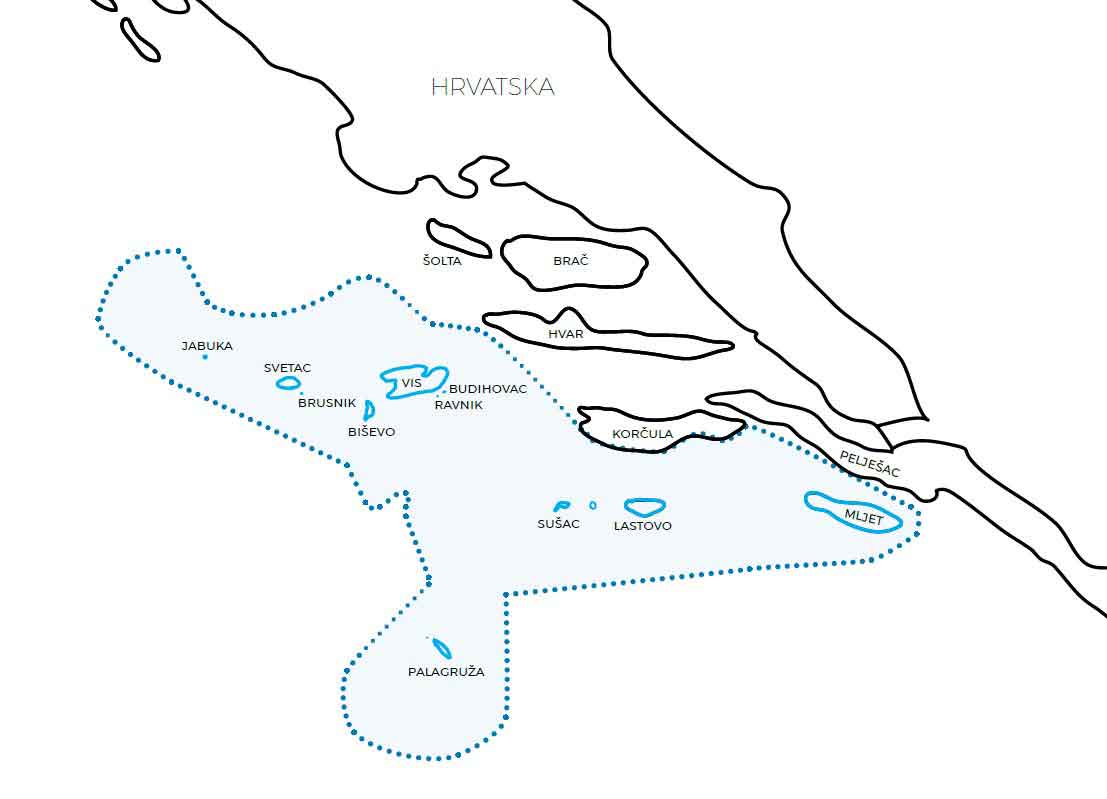 In 2003 the international ecological organization World Wildlife Fund has declared the Vis archipelago one of the 10 „last paradise oases of the Mediterranean“ thus including it, together with the islands of Mljet and Lastovo, in the „Adriatic Blue Corridor“, based on scientific research which revealed that this maritime zone has the largest biodiversity in the Mediterranean.